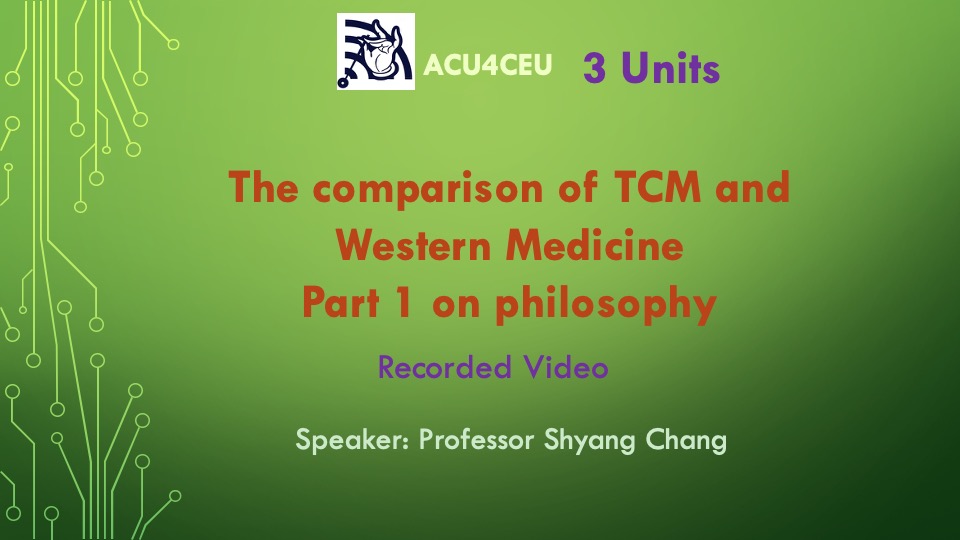 In comparing traditional Chinese medicine (TCM) and Western medicine, the philosophy behind each system has to be evaluated first. Basically, philosophy contains three parts: aesthetics, ethics and metaphysics. In metaphysics, there are three branches: cosmology, ontology and epistemology. In this course, we will first discuss the cosmology, ontology and epistemology of Chinese and Western philosophies. Then, we will discuss the aesthetics and ethics from both schools of philosophy. Finally, the differences in philosophy will have implications in the approaches of medical theory and practice. We will discuss the pros and cons of these two different approaches. Results indicate that acupuncture of TCM has its advantages in treatment.

You are not yet enrolled in this course. Please Login and Enroll first.