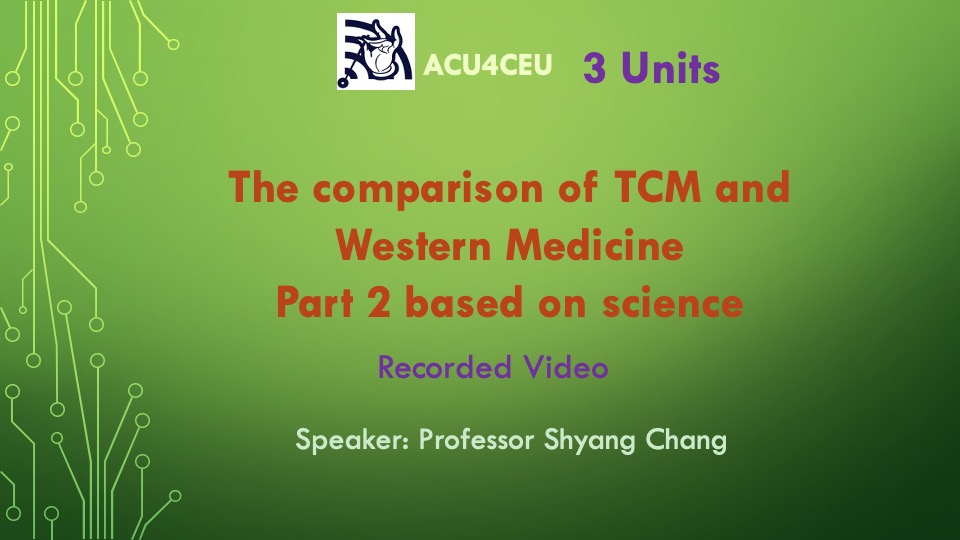 In this course, comparison between traditional Chinese medicine (TCM) and Western medicine is made based on science. It is fair to say that modern physics has great influence on modern science. It is generally believed that any branch of modern science has to be interpreted in terms of modern atomic, molecular or quantum theories. In this course, we will compare the chaotic wave theory of fractal continuum to modern physics. Then, we will discuss that the science behind TCM is actually the application of chaotic wave theory of fractal continuum. Finally, we will talk about the differences in science of the East and West will have implications in the approaches of their medical theory and practice, respectively. The pros and cons of these two different approaches will be discussed. Results indicate that acupuncture of TCM based on its theory has advantages in medical treatments.

You are not yet enrolled in this course. Please Login and Enroll first.